Why Corporate Social Responsibility is So Important

CSR started out as a goodwill face-saver in the 1800s. Now it’s a profit-booster no successful business can survive without. Most communities now demand that businesses practice good corporate citizenship. That’s why corporate social responsibility is so important today.

It used to be called corporate” philanthropy” which made billionaires sound like they were going out of their way to do something they didn’t have to do. But surprisingly, some philanthropists gave from the heart.

In his manifesto, The Gospel of Wealth, industrialist Andrew Carnegie wrote: “The problem of our age is the proper administration of wealth, so that the ties of brotherhood may still bind together the rich and poor in harmonious relationship.”

This Scottish American steel magnate amassed more than $370 billion in today’s currency and purportedly donated $65 billion of his fortune to universities, foundations, and other charities.

Carnegie’s convictions were simple but profound: “There is no class as pitiably wretched as that which possesses money and nothing else.”……. “I resolved to stop accumulating and begin the infinitely more serious and difficult task of wise distribution.

Inspired by Carnegie, John D. Rockefeller, donated half-a-billion dollars of the fortune he made as an oil baron. Clearly, he put his money where his convictions were. He famously declared, “I believe that every right implies a responsibility; every opportunity, an obligation; every possession, a duty.” The generosity of these captains of industry is legendary and has made them great American heroes in the eyes of millions.

But yesterday’s voluntary corporate philanthropy is a mandate today. Hence the name corporate social responsibility, the responsibility being to both the company and the community because they are no longer regarded as wholly separate entities. They’re both considered stakeholders.

According to the Association of Corporate Citizenship Professionals, in the 1900s a Cleveland banker established the country’s community-centric foundation. But it wasn’t until right before the second World War that the notion of CSR started to gain traction in the US.

American economist Howard Bowen is regarded as the father of CSR. Published in 1953, his book the Social Responsibilities of the Businessman said this: “CSR can help business reach the goals of social justice and economic prosperity by creating welfare for a broad range of social groups, beyond the corporations and their shareholders….corporations not only produce “good and services” but also “workplace conditions,” and highlights the economic rationality of investing in social responsibility to enhance the well-being of employees.”

Over the past two decades, business scandals, scams, and schemes  have left a bad taste in the public’s mouths. Today evidence of a solid philanthropic protocol can add to a company’s legitimacy. It sends a message that the company is not only viable, but thriving. And it demonstrates that the business is an integral part of the community. Important reasons why corporate social responsibility is so important today.

CSR is a “check” magnet

Pardon the clumsy pun, but it’s true. Customers are eager to write checks and clients are more willing to sign contracts with businesses that understand their responsibility to the wider community. According to a study noted by cybergrants.com, “….90% of the over 10,000 consumers surveyed said they would switch to brands that supported responsible causes, and 84% bought responsible products when available. 71% of those surveyed said they would pay more for socially responsible goods and services, and 81% said they’d curtail wasteful spending if it would have a positive impact on environmental and social issues.” 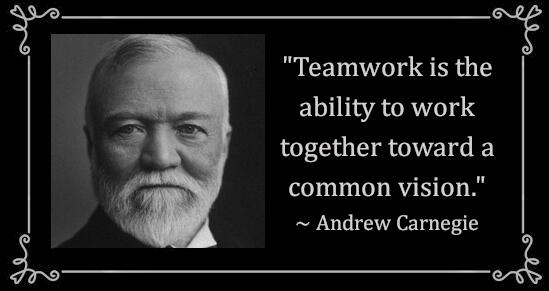 Industrialist Andrew Carnegie said “Teamwork is the ability to work together toward a common vision. It is the fuel that allows common people to attain uncommon results….”

Another reason why corporate social responsibility is so important today is employee engagement. It’s no secret that Millennial employees are CSR advocates. What may be surprising though is that in a multigenerational office, charitable giving is the one common vision everyone shares.

Company loyalty is stronger among employees who work for community-minded businesses. And charitable giving provides an outlet for personal passions and convictions beyond zeal for a fat paycheck. This is the stuff of which dream teams are made.

Equally important, managers sense an uptick in morale when their team building activities involve charitable donations. Besides, there are so many wonderful causes and equally wonderful people in need of help!