When Emerson called us about hosting their charity team building event, we knew it was a tall order, but we were confident that we could handle it. This company typically hosted its own team building day in-house. However, because the Emerson folks were going to be operating out of town for this event, they called us to facilitate the program, to their specifications. Once we reassured Emerson’s organizer that we understood their goals and objectives, it was smooth sailing. 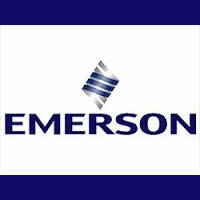 Emerson’s Bike-A-Thon™ was held at the beautiful Hyatt Riverwalk in San Antonio. We had about 35 participants, plus a half-dozen children in attendance. Having the children join us for the Bike-A-Thon™ itself was a new experience for us!

Each of these kids worked with one of our six teams to build the bike he’d be receiving through the charity we worked with for this project, Guiding Light RTC. It was very exciting for the children to be involved. They loved “hanging out with the grown-ups”. And having them join in the challenges and activities gave them a clear sense of ownership in building their bicycles. It was an amazing experience, too, watching the adults shepherd each boy through the assembly process of the bicycle with genuine care.

Big Fun with Our Bike-A-Thon™

Our workshop activities included many of our general crowd-pleasers, like Do What I Say, Air Counting, and Cup Stack. The kids thought grown ups playing games with them was great fun, and their enthusiasm was contagious! Instead of our usual group debriefing session at the conclusion, each team had an opportunity to speak briefly about the Bike-A-Thon™ they’d just completed. People talked about how they worked to let go of assumptions and make an effort to be inclusive, sharing roles within the group. The boys spoke of feeling like they belonged on “their team” and how proud they were to make something that they could take home with them.

Roger Herrara of Guiding Light RTC make a few remarks at the end of the event. He thanked Emerson for organizing the program, and then he thanked the Emerson employees who participated. We also learned more about Guiding Light and the work they do. It was clear that even though we all spent only an afternoon working together, the after-effects would be long-lasting, for Emerson employees and the boys who joined us that day.