Our charity team building event with Faurecia had a decidedly international flair. Their Clean Mobility division is based Columbus, IN. They are the largest tier one exhaust supplier in the world. Roughly 170 participants from this French company’s global supplier conference met in nearby Indianapolis, IN. 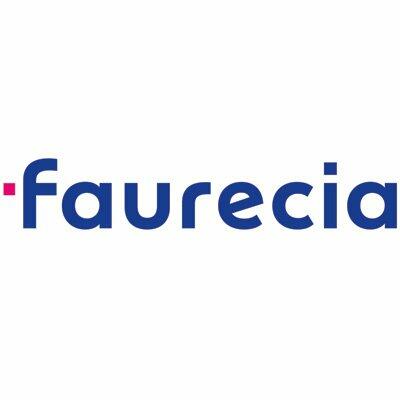 International Team Building in Indianapolis, IN

We met the group at the NCAA Hall of Champions’ conference center. The high level executives and business leaders who participated had no problem getting into the Bike-A-Thon™ despite being dressed in business suits and prepared for the business meetings that were scheduled after the event. Folks from places like France, Scotland, India, China, Ireland, Australia, and Japan joined their U.S. colleagues and forged fast connections.

The Bike-A-Thon™ served as a getting-acquainted activity for the group. It was also a chance to give back to the community. We were fortunate to have Jay Smith from the Columbus Fireman’s Cheer Fund in attendance as well. His group received the 26 bicycles the group completed that day.

A Local Event with Global Reach

The participants divided into pre-planned groups of seven. Each group completed several self-guided mini-games to earn the parts and tools necessary to assemble a bicycle. Games included Collaborative Cup Stack, the Selfie Challenge, Group Writing, and Puzzle Packet. We also held one special race. The team that completed their bicycle first received a $50 gift card for each team member to donate to the charity of their choice, worldwide. In this way, we were able to ensure that the positive actions spread far beyond the halls of the NCAA Hall of Champions.

Even though it was the first time that many of these men and women had met, the group coalesced around the goal quickly, and participated enthusiastically. They worked together and shared resources and roles, trading off and adapting based on folks’ strengths and talents. There was a definite feeling of accomplishment in the room as the final adjustments were made to these kids’ bikes.

Making a Difference for the Columbus Fireman’s Cheer Fund

At the conclusion of the program, Jay from the charity gave a nice presentation to the group. He also presented Faurecia with a plaque as a way to say thank you to everyone. What had started out as a diverse group of people who spoke multiple languages in attendance for a business conference had transformed into a hard-working, unified group. They made a real difference for area children through a local charity.