Crowe Howarth Selects Their Interns at our Bike-A-Thon in Chicago, IL

The Bike-a-Thon we staged at the Hyatt Regency McCormick Place in Chicago, IL was a massive and ambitious venture. There were 290 college students from all over the country in attendance, each of them vying for a coveted internship with Crowe Howarth under the watchful eyes of the accounting giant’s management team. With our facilitators guiding them every step of the way, the interns spent the day learning teamwork skills and assembling 50 bicycles to donate to the Chicago Youth Program Headquarters. 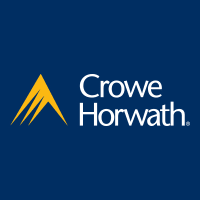 Teamwork And Leadership Make for a Great Morning

The McCormick Place Convention space was the perfect venue for our event. We hadn’t told the interns what to expect from the workshop, but because we had everything set up when the interns entered, the excitement started to kick in quickly. After dividing the huge group into teams that each had a Crowe Howarth representative assigned to monitor them, we got the ball rolling with some of our warm-up games.

This event was a leadership conference as well as a Bike-A-Thon. This meant that even those interns who weren’t selected to work for Crowe Howarth would leave the workshop better equipped for their future This is one of the express purposes of all of our charity workshops– to design and stage them in such a way that everyone connected to it comes out ahead. In this case, that meant the competing students, Crowe Howarth, and our facilitators.

The interns started flexing their teamwork muscles with games like Air Counting, Flip the Cup, and some Group Writing exercises. These activities not only helped break the ice, they also taught the fresh interns some valuable lessons about teamwork, leadership, and efficiency. After that, a select group of the interns settled into leadership roles as the various teams started earning the parts they’d need to assemble the bicycles. The fact that these same students continued to lead the others when the assembling of the bikes started did not go unnoticed by the Crow Howarth monitors.

All in all, this was a fantastic event. We heard comments afterward that told us the participants had learned a great deal about teamwork skills and enjoyed the even as much as we did. When you add the gratitude of the representatives from Chicago Youth Programs, it’s easy to see why the workshop was considered such a success.