It’s not often that we get to work with such a large group for a Bike-A-Thon™, but the 250 attendees of the AGC Oregon-Columbia Chapter’s 2-day retreat teamed up so well together, we’ve never seen anything like it. Nor had the Medford, OR, children’s charity that accepted the donation of more than 30 bicycles! 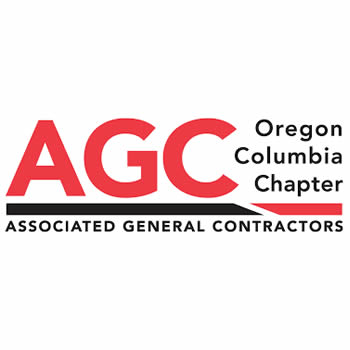 The theme of the retreat was building amazing relationships. And that idea was applied across the board, from legislative advocacy to safety training and workforce development. Our facilitator joined in the keynote programming, along with the executive director of the children’s charity. The audience was a combination of AGC (Associated General Contractors) members and vendors. In this setting, there were no competitors, only industry professionals committed to building the kind of relationships that get building projects completed, whether it’s skyscrapers or airports.

Working Together in Stevenson, WA

And that kind of collaboration was in full display on day two of the retreat. Attendees participated in morning meetings and education sessions, and then re-grouped for a boxed lunch on the grounds of Skamania Lodge in Stevenson, WA. After that, we moved to the site’s amphitheater space to spread out for our Bike-A-Thon™. The retreat organizers had pre-sorted everyone into groups of eight, which saved quite a bit of time, and meant that we could get right into the fun.

Sure, just about every team there probably could’ve assembled a bicycle in ten minutes, flat. But there’s not much challenge in that! So each team received only a few bicycle parts. Our games, activities, and challenges provided everyone with an opportunity to work as a team to compete for the other pieces they needed to assemble a bicycle. While everyone had a great time, they were also practicing key soft skills that supported building strong relationships. Teams also built more than 30 bicycles for kids! There was plenty of friendly competition as well as camaraderie.

At the conclusion of the Bike-A-Thon™, the state president of the AGC Oregon Chapter gathered attendees to say a few words. He also formally presented the donation to the executive director of the Oregon children’s charity we’d engaged with to accept the bikes. The visual of all these bikes lined up was stunning. To be honest, there were more than a few folks with a tear in their eyes. This was a big group with an equally big heart.