We were excited to welcome back GSK for a WheelCharity™ program. The last event we did with them, in 2014, got rave reviews, and we were eager to do it again. 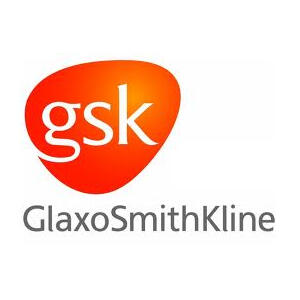 An Important Meeting in A Historic Building

The GSK team met at the Dante Alighieri Society of Massachusetts. The theme of the meeting was motivation in the workplace. This was the perfect setting. After all, the society is dedicated to Italian achievements in humanities and sciences, and those accomplishments required a great deal of motivation. And so, inspiration abounded!

WheelCharity™ events begin with a few introductory games to ease the transition from more formal meeting events. Then, the GSK group divided into teams. We gave each team a limited number of wheelchair parts. Teams then competed for the remaining parts, plus tools to complete assembly. Games stressed things like communication and problem-solving.

Most people were pretty vocal about having a good time. Meanwhile, people also discovered the ability to work together in new and innovative ways. Being outside the office and tackling a new challenge offered fresh perspectives. GSK team members had a chance to work outside the box, so to speak.

Our WheelCharity™ event wound down with a wheelchair obstacle course. It turned out to be a lot harder to operate a wheelchair than a lot of people thought! Participants gained a striking, first-person perspective on some of the daily obstacles faced by people with mobility issues. It also reinforced the connectedness among people and the value in working together. Participants also picked up techniques and tools aimed at strengthening interpersonal relationships. These lessons are transferable back to the workplace.

At the conclusion of the program, the GSK team donated the wheelchairs they assembled to CHA-Everett Hospital. It’s a teaching hospital that serves two area medical schools. CHA-Everett’s Vonessa Costa came to accept the donations. She talked about who would receive the wheelchairs. She shared stories about the positive impact these wheelchairs would have on individuals and families.

What had been mostly fun and games suddenly became very real, and some folks were clearly affected. It’s one thing to know you’re building wheelchairs to help people, and it’s another to see that help in action.

It was great to see the folks from GSK again. We look forward to doing another charity team building program with them soon.