Sir Russell Coutts has a lot of wins under his belt, but he’s the first to admit that team building is very challenging for him.

The five-time winner of the America’s Cup is CEO of Oracle Team USA, and he goes through team members at a surprisingly rapid rate.  Seems it’s just very difficult to tell who’s going to be a good team player and who’s not. 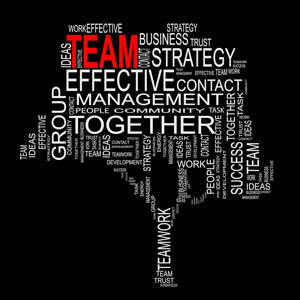 Out of last year’s America’s Cup team, he kept only a quarter of them for this year’s squad.  All them displayed superior physical prowess and expertise as sailors, yet when it came to acting as a team during competition, three-quarters of them didn’t measure up.

Team building is more than a matter of assembling talent.

As Sir Coutts has learned, the best teams are made of something far more complex than a group of all-stars.  He’s discovered that it’s not uncommon for sailors who look great in training to turn out to be the worst performers during a race.  Even with the best skills, great discipline and athletic ability, they crumble under pressure of a race situation.

That can happen in the office too:  employees with the best resumes or the highest IQ can often fail miserably at collaboration.  They can also be bad communicators, hampering the abilities of any team they’re a part of.

Individuals can surprise you by excelling in a team environment.

Conversely, Sir Coutts has learned that some sailors who don’t exactly shine during practice can become stars during a race.  It’s all about how they interact as team players when they’re racing.  The race situation really highlights how people perform under duress, and that’s hard to predict.

It’s the same at work.  That colleague you know nothing about can suddenly begin to shine when you put him or her on a team under the right conditions.  They may be extremely effective communicators, without whom your team might not be half as productive.  Or they might be excellent at leading the group, even though management isn’t part of their normal daily routines or job descriptions.

What you can do.

There’s no doubt about it: teamwork is tough, and Coutts agrees.  It’s not a science but there are some general guidelines every team leader can follow to make his or her team the best.

In the workplace, that often comes down to considering the soft skills and personalities of team members.  How everyone gets along has a lot to do with whether they can effectively communicate.  And the key to assembling a team that ‘gels’ is not gathering talent, but rather employing personality profiling.  Understanding personality and communication styles means you’re more apt to choose the right people… and that’s team building success.