Snowed in With Johnson & Johnson in Morristown, NJ, Wagon Builders Rolls On for Local Kids

It Was Snowy Outside But Johnson & Johnson Made it Sunny Inside

The prospect of up to two feet of snow cause a bit of a scheduling shuffle for this Wagon Builders™ workshop for Johnson & Johnson. But in the end, it was still one of the best events we’ve ever done. The IT department folks who participated certainly didn’t let a little snowstorm slow them down! 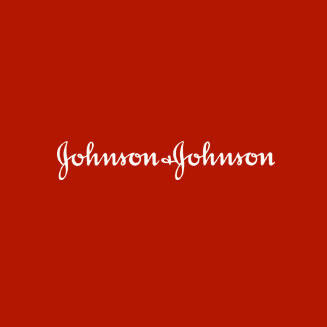 We were fortunate that the Madison Hotel in Morristown, NJ was able to accommodate our moving the program up by a couple of hours. Despite this, we did lose a couple of participants early because they needed to head out of town before the storm canceled flights and trains. Still, we had almost 50 people, which was a good-sized group to work with.

We had a lot of fun, and the teams completed dozens of wagons and supplies for kids at a nearby children’s hospital and school. We had made arrangements to work with Cornerstone Family Programs & Morristown Neighborhood House to get these wagons to kids. Unfortunately, because of the weather, we were not able to have a rep from the organization join us, as is typical for Wagon Builders™ programs. Despite this, all participants never let their enthusiasm for the project lag. Attendees were committed to team building, having a great time, and giving back to area kids in need.

The company organizers arranged teams ahead of time. It worked out well because it meant we could get to work quickly. Everyone enjoyed popular activities like Say What I Say and Air Counting. Through activities like Flip Cup, Group Writing, Prediction, and Paw Dice Game, teams earned wagon parts and supplies like books and toys for filling them. Once all teams had earned enough parts, we moved onto the wagon construction phase.

This is our favorite part of the workshop. Teams push themselves to think creatively, work efficiently, and solve problems with a minimum of conflict. The Johnson & Johnson teams were consistently unified and supportive of each other. With the time we had left at the end of the program, teams filled and decorated their wagons. Even though there was a slight change of plans in that no one from Cornerstone Family Programs & Morristown Neighborhood House would be on hand to accept the donation, teams still worked as hard as they could.

As we wrapped up and boxed the wagons for later delivery, several Johnson & Johnson team members remarked on how much they enjoyed the workshop. They were very happy to still complete the Wagon Builders™ program despite the weather. The day worked out very well, both despite the weather and because of it.

Meta: Johnson & Johnson’s IT department had a great time with Wagon Builders™ in Morristown, NJ, despite the challenges of the snowstorm swirling outside.