Qlik Helps its Sales Team and the ALS Association Rocky Mountain Chapter, Too

Software companies typically produce something that makes people’s lives easier in some way, and so it’s only natural that Qlik’s WheelCharity™ team building program achieved the same goal. The afternoon we spent helping Qlik’s sales team develop communication and networking skills also helped area ALS-sufferers and their families with a few new wheelchairs. 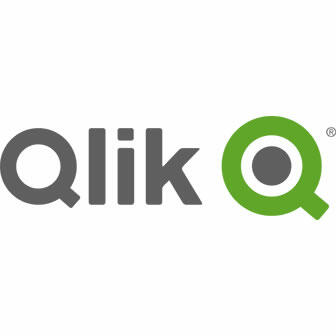 Rolling with It in Aurora, CO

We met with about 20 participants at the Hyatt Regency Aurora-Denver Conference Center. Ordinarily, all of the supplies and materials we need are delivered in advance. But this time, the shipping company failed to get the chairs we needed to the site on time. The folks at the Hyatt Regency really stepped up for us. They sent one of their employees to pick them up at the delivery company’s warehouse with his personal vehicle. We managed to get everything set up for the WheelCharity™ program just in time!

Our WheelCharity™ program is always a high-energy event. These participants were especially ready for it; half of them had already been in meetings for much of the day. Roughly 7-10 participants were from outside the U.S., so we needed to be really mindful of making references that only Americans would get. We worked hard on that, ensuring that all program content was accessible to everyone.

The WheelCharity™ program opens with some ice-breaker games to get folks loosened up and more at ease with each other. Folks were pretty into it, and even more so once we started the “friendly competition” part. We divided folks into a few teams who had to compete for parts and tools to assemble wheelchairs. Participants worked on creative problem solving by identifying and utilizing each others’ strengths. Our games were, in reality, clever ways to encourage healthy communication skills and networking for maximum benefit.

With Ricky Streck on hand from the ALS Association Rocky Mountain Chapter, the folks from Qlik knew right away how important their wheelchair donations were. He shared several stories about folks with ALS. It was clear these wheelchairs would be greatly appreciated by the families that the ALS Association worked with.

A final debriefing session allowed the folks from Qlik to revisit some of the most important elements of the day. We were able to reinforce, as a group, just how much communication and networking led to a positive outcome. With the hands-on practice everyone got through WheelCharity™, there was little doubt that the positive effects of the event would last long beyond the time we spent as a group.