Some cliches are old but not outdated: when it comes to workplace team building, “leveling the playing field” is logical first step. 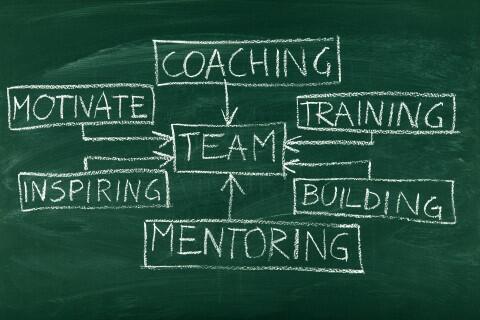 Because each of your players longs to be valued and validated equally. As a leader, you can help by making sure that each one has access to the developmental resources, and managerial support they need to do their best and provide the greatest benefit to the company.

Ideally, everybody should be given the same consideration for advancement and promotion. On your mark! Get set! Go! And may the best man win! Ah! That’s the problem–exactly. Men are treated differently. The further up the corporate ladder you peer, you’ll find that men are hired and promoted more frequently.

In fact, during a recent survey of 1600 American women working in corporate America, they reported that being overlooked for promotions is the biggest problem they face. Sadly,  a lot of workplace team building in American companies is not gender-neutral.

Wage and promotional inequality are often the products of misconceptions about women. Perhaps an evaluative tool like DiSC personality profiles could provide a different kind of filter for your managers to use during the hiring, screening, and promotional processes. DiSC personality profile training may help to level the playing field and facilitate workplace team building for the women under your supervision by giving you a new lens through which to evaluate their personalities and their performance.

DiSC personality training may help you see beyond a woman’s gender and interpret her dominant personality in a more positive light. Her competitive verve and impatience may not be because she’s pushy or is overstepping her boundaries. Just like a man who has a dominant personality, she may be driven to succeed–and that’s a good thing, right? She may be forceful and assertive when you need it most. If she’s not held back by “gender biases,” she may prove to be an asset in pulling the team together for one final push toward the completion of a big project.

The fewer hurdles a woman is forced to leap over, the more energy she can devote to climbing the ladder of corporate success like everybody else.  In the true spirit of workplace team building, you can help remove those hurdles by leveling the playing field through the use of DiSC personality profile training.