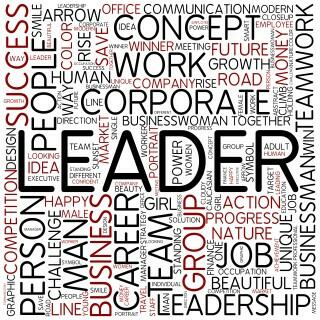 One of the greatest challenges a company can face is leading through change to make the greatest impact. Current thinking on the power of Influencers may shed some light on this toughest of tough challenges.

But how do you initiate those types of events? How do you build the momentum that’s required for sweeping, organizational change? From Boston to Bangladesh, that’s the leadership question of the century.

While there’s a lot to managing change, some say it all comes down to whether a leader is the right type of influencer. But how in the world can you tell?

Change management is a hot topic for leaders. Barnes & Noble lists no less than 1613 books on the topic! Check out any B-school curriculum and you’ll immediately see the academic world certainly thinks it’s an important issue. Pepperdine even has a special MBA for leaders who want to make change their forté: the MBA in Leadership and Managing Organizational Change. We also have the Association of Change Management Professionals and there are change management conferences to attend as well.

So we study change, we become change professionals, and we stay current on the latest research by attending conferences and reading some of the books that continue to pour forth from the minds of the change management experts.

Despite a Focus on Change, It’s Still a Struggle

Nevertheless, many leaders seem ill-prepared to handle organizational change. For whatever reasons, they lack the tools or the expertise to reach consensus on and build enthusiasm for change in their organizations. Or they try and force their initiatives the wrong way and end up with the worst of all possible scenarios: total business disruption.

What’s going on? Why do so many organizations seem to fail at change? Some thought leaders seem to think it’s our misunderstanding of the concept of so-called “influencers”. The problem, they say, is failing to understand how change really takes place in an organization.

How Does Change Really Take Place?

In business, everything works better when everyone is engaged with company values and the mission of the team. The best kind of people to hire are those who are vested in what they’re doing at work. When you have teams like that, it’s easier to make change come about.

Most leaders agree. They see change as a factor of how well their staff buys into that change. In fact, in a 2013 Deloitte survey, 100% of respondents agreed that business transformation comes about as a result of effective staff engagement.

However, in that same survey, almost everyone agreed that most people naturally resist anything new. Just over half of respondents felt strongly that way, and another 41% partly agreed with that sentiment.

Yet, despite their belief that most people don’t want to change, leaders who were surveyed seemed to have hope. They believe in the power of leaders to help overcome that natural resistance to change: 88% of respondents felt that commitment from leadership directly affected employee involvement in positive change.

It’s pretty clear: change management is all about employee buy-in. But the question still remains: how does a leader achieve that?

Forceful leaders can use any number of tactics to compel action in their employees. For example, they can reward those who display the behavior they’re looking for. Giving bonuses to project managers who volunteer to be the first to switch over to new supply chain management software, for example, is one way to initiate change.

If it were this easy, however, would change management be such a hot topic for study and debate in the business world?

Commanding action in your employees is an old-school technique whose value is now being questioned by many of today’s forward-thinking leaders. Initiatives that come from the top aren’t always successful for the simple reason that forcing employees to go through the motions of change is not nearly as effective as inspiring them to believe, wholeheartedly, in those changes so that they actually want change to happen.

Blockbuster: Authority Was Not Enough

The CEO of Blockbuster tried to use his authority to change the aging video rental behemoth before Netflix overpowered it. CEO John Antioco wanted to invest in a radical new direction for his company: an online marketplace for movies called Blockbuster Online. When DVDs and digital were changing the industry, he saw the writing on the wall and promoted an aggressive plan for change.

As we all know, his plan failed. Blockbuster went bankrupt in 2010 because even though Mr. Antioco had a grand plan for sweeping change, the company failed to move in that direction. They cut back on marketing for Blockbuster Online and instead focused on their brick-and-mortar locations. They even raised prices for their online customers, which probably drove many right into the open arms of Netflix.

So, what happened? Obviously, Antioco didn’t get everyone on board with his change. He had power and authority but that didn’t translate into company-wide buy-in. Who won instead? The majority opinion. His sole influence, powerful as he was as CEO, wasn’t enough.

The Blockbuster story tells us that and research back this up:  people are more apt to go along with something if the majority agrees with it. What then is a leader to do? For many, the answer lies in empowering their employees to believe in the core values that prompt change.

It’s a form of leadership that relies heavily on employee engagement, great communication, and a willingness to listen to everyone, no matter what position they hold. By respecting your team, building trust, and winning over one staff member at a time through inspiration and a commitment to a strong set of core values, you’ll eventually get buy-in for the organizational change you need to see taking place.