What’s leadership defined by you?  In our ever-searching quest for a comprehensive exploration of what makes great leaders tick, here is what some of the world’s most powerful and influential leaders have to say about it. 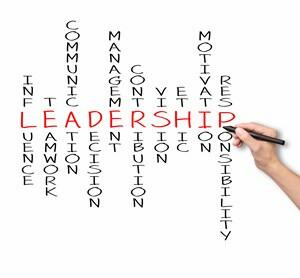 Before you get started, however, keep in mind that there are probably as many definitions of leadership as there are great leaders… maybe more!  So while what you’re about to read are definitely words of wisdom, they’re by no means meant to be the final word on good leadership.

1.  “It is better to lead from behind and to put others in front, especially when you celebrate victory when nice things occur. You take the front line when there is danger. Then people will appreciate your leadership.” –Nelson Mandela

The ever-wise Mr. Mandela was really onto something here.  He was telling leaders to stand back and not dominate the spotlight, especially when things were going well.  Teams don’t thrive when members don’t feel their leaders are in it all with them, from bad to good.

The very definition of teamwork is “togetherness”, and Nelson Mandela was telling us to exhibit togetherness when things go well, but man up and be a leader when things aren’t going so well.  That’s when your team really needs you.

2. ” I start with the premise that the function of leadership is to produce more leaders, not more followers.” –Ralph Nader

Mr. Nadar was speaking about a leaders’ capacity to empower his or her team members.  By giving them the tools to excel at their jobs, you’re not only making a good effort towards productivity, you’re also helping to create the next generation of leaders.

Besides, when team members feel empowered, they’re more likely to put in 110%, which makes you look good too!

3. “Leadership is lifting a person’s vision to high sights, the raising of a person’s performance to a higher standard, the building of a personality beyond its normal limitations.” –Peter Drucker

In keeping with the empowerment theme of Ralph Nader’s quote, this one from Peter Drucker also advises leaders to inspire.  That’s really another form of empowerment, since in order to express your vision, you first must feel appreciated, empowered, and that you’re in a safe environment filled with trust and respect.

And what Mr. Drucker means by raising performance to a higher standard is that when people have good leadership, they will want to perform better for their own reasons, not just for pleasing the boss.  Sounds great, right?

Hope you enjoyed these words of wisdom as much as we did.  We’ll have more leadership defined for you again in the future, so stay tuned!