Johnson and Johnson Paints the Big Picture in Somerset, NJ

This was a fun and productive workshop that helped a truly worthy cause. The folks from Johnson and Johnson came in ready to reach the next level of teamwork skills and their desire to grow was evident in the way they set to work without much prompting from us. It also shined through in the end results, which were a pair of murals destined to decorate the walls of a deserving hospital and become beacons of good cheer for its patients. 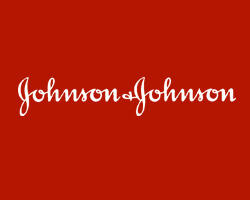 Big Picture Workshops Get Everyone on The Same Page

The workshop was held in Palace of Somerset Hotel and 75 people from Johnson and Johnson were in attendance. It was a really great group, one with a lot of different personalities and people who obviously enjoy working with one another. We had already experienced great success with this group during a WheelCharity Workshop the previous fall, so we knew they were already a good team and that it was our job to get them to the next level.

We divided the group up into twelve teams and got started. After a couple of icebreaker games like Quick Change and Cooperative Cup Pyramid, we jumped right into the Big Picture main event. Every Big Picture Workshop is different, but typically they’re designed to help team members appreciate and capitalize on different personality types. It was a perfect fit for the Johnson and Johnson team because they had already achieved a high level of cohesion and just needed a little bit of fine tuning.

The rest of the day consisted of each team painting panels that would later be combined into two different murals. No one had any idea how the finished products would look, but from the outside looking in, it was obvious they would turn out great. The Johnson and Johnson team chose to donate their murals to the Foundation of Hospital Arts, an organization that has been supplying paintings to hospitals all over the world since 1975.

As we combined the panels, the ‘puzzle’ came together slowly but surely. In addition to the 75 participants learning nuanced teamwork skills, the end results were two murals cheery enough to elicit more than their fair share of ‘oohs and ahhs.’ We look forward to working with this team again soon, and by all the positive comments we heard, it seemed like the feeling was mutual.