How Waymo Achieved Synergy in the Workplace 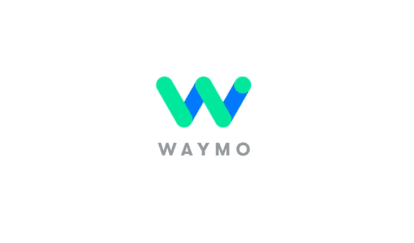 At Waymo synergy in the workplace means everyone understanding the big picture. They asked Magnovo to help them bring it into sharper focus.

Waymo is making science fiction a reality. As part of the Google conglomerate, Waymo designs and builds self-driving cars. Self-driving means no steering wheel. No gas pedal. No break. No driver. No kidding.

This is still too futuristic for some people to wrap their heads around, but for Waymo the future is now. They recently announced partnerships with Walmart, AutoNation, Avis, and other companies to provide self-driving car services to their customers.

The pilot program will launch soon in Phoenix Arizona. Waymo self-driving cars will ferry shoppers to and from Walmart when they shop online. And Avis customers can get a ride to pick up a rental car.

On the road to synergy in the workplace

Waymo asked us to conduct a Big Picture Team Development Workshop at The Mountain Terrace in Woodside California. It was both profound and ironic that our workshop took place at the top of a long and winding road. No kidding.

Equally profound, metaphorically speaking was the company’s reason for doing the workshop. The Waymo team is scattered geographically. Face-to-face meetings are few and far between. The managers wanted the workers to recognize the importance of their individual roles in the success of the whole team.

The big picture of synergy in the workplace

The managers wanted their employees to recognize where they fit in the big picture. Each employee is like the components of the cars they design and build. Each plays a distinctly different role. Some of their contributions are hidden from view, but without their efforts, the cars won’t work.

During our Big Picture workshop, participants literally create a big picture. We divided the 20 Waymo staffers into 2 groups. Each group collaborated on the concept of the piece. Then each person took a 6×6 canvas and created a portion of the group’s artwork.

In addition to paint, they used seashells, pebbles, and other media. The assembly of the 3D canvases revealed one astonishing masterpiece. Each team had a vision and now it sat right in front of their eyes. It was revelatory. Our facilitators got rave reviews about the whole process.

Without exception, each Waymo employee more clearly recognized their value to the team and to the design and construction of their amazing cars.

A portion of one of their masterworks was a car driving off into the sunset—self-driving, no doubt. No kidding.