We met with the team from 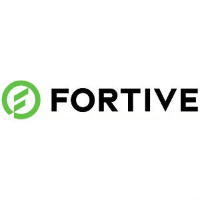 at their company headquarters in Everett, WA. It was great to be back with this company; last year’s event turned out so many wheelchairs, it would be tough to break that record. But all of us were up to the challenge. This group of 90 people were really excited. There were five attendees who participated last year, and their word-of-mouth promotion really had everyone motivated. Our contact at Fortive had already divided everyone into groups of 9, so we got started pretty quickly. We started with a few basic ice breaker games to make sure all participants knew their teammates.

Two hours of games and challenges had everyone working hard. Even though it seemed like a good time was the goal, people were actually practicing key workplace skills! Activities like Group Writing, Air Counting, and Say What I Say develop interpersonal skills through decision-making, leadership, conflict resolution, creativity, and delegation. Plus, there’s the whole competition aspect!

Teams really gave it their all, and we completed more than a dozen wheelchairs, with a little time to spare. While waiting for Wayne Johnson, one of the reps from the Muscular Dystrophy Association, to come collect them, everyone was invited to write short notes of encouragement to the recipients of the chairs. By the end, each chair bloomed with almost a dozen brightly colored notes.

A Win for the Muscular Dystophy Association

When the folks from the Muscular Dystrophy Association came to collect the wheelchairs, they were amazed! Tears were falling throughout the crowd as we heard more about how these chairs would be used at the organization’s camp; some children don’t have chairs to attend activities! These donations would make a real difference in making summer camp possible for kids who might otherwise have that opportunity. Wayne Johnson also mentioned that they have been able to cure four types of Muscular Dystrophy with the generous monetary donations they’ve received over the years, such as the large gift Fortive made to the organization for the occasion of this training event.

As we wrapped up the WheelCharity™ program, we recapped some of the major skill sets we emphasized through play. People were a little surprised to realize how much they learned! All of the feedback we received was extremely positive. Fortive employees were glad to improve workplace skills and highly motivated by helping children succeed at an all-American past-time like summer camp.