You might think that bank employees are pretty cerebral types, but you’d be wrong about the group we worked with from Fifth Third Bank! We met about 60 employees of the bank in Cincinnati, OH, for an on-site charity team building program. These folks were engaged, enthusiastic, and eager to get to work. 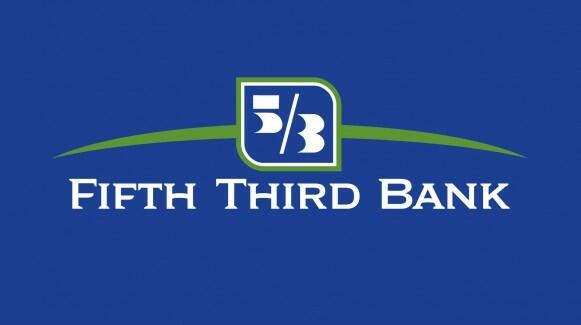 Ice breaker games helped folks loosen up and become more comfortable with each other. Even though we were in Fifth Third Bank’s hometown, and many of these folks knew each other, we always like to play a few fun games to get the ball rolling. We started with Say What I Say, Air Counting, and Flip the Cup. Everyone was good sports, cheering each other on and high-fiving each other. The Fifth Third Bank team brought that same energy to the Rescue Buddies® activities. Program participants assemble stuffed animals provided to kids in crisis situations.

We put the Fifth Third Bank team’s creativity and problem-solving skills to the test. Folks worked in teams, and our instructions for the Rescue Buddies® activity elicited collaboration and teamwork among participants. They completed as many stuffed animals as they could in the two hours allotted for the project.

Ms. Stollenwerk spent some time walking around the room and speaking with teams. Participants asked questions and shared some of their own stories with her. She made some remarks to the group as a whole, and people were visibly attentive to her words. It was gratifying for the Fifth Third Bank team to know that their work would directly impact children in their community.

Afterward, we spent some time with the Fifth Third Bank team, going over some of the stand-out moments of the Rescue Buddies® activities. Our conversations explored the concepts of project planning and execution. We also talked about individuals’ roles and functions in group projects. The Fifth Third Bank team identified ways in which they could bring what they’d learned back to the office. Participants gained a strong perspective on teamwork and collaboration while giving back to families in their own community.