Eloquest Picks A Beautiful Day For a Scavenger Hunt

You can’t say this about every day in Ann Arbor, but on the day of our Eloquest team building workshop, the weather was absolutely perfect.

The Eloquest group had chosen our Amazing Scavenger Race Team Building Workshop and in retrospect, they couldn’t have made a better choice.

This workshop takes place mostly outdoors, except for the final event where everyone comes together to end the day. We customized the workshop for Eloquest to accommodate holding the final activity in a restaurant for a meal. Usually, the final act of the day is a gathering to view a hilarious slideshow created by participants. However, since the objective was to reward the group after some pretty intense days of back-to-back meetings, a restaurant just made more sense.

This Group Was Really Ready for Some Team Building Action 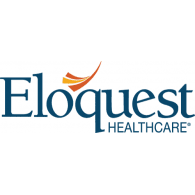 The Eloquest sales team had been in three straight days of meetings and were very eager to get out and about in Ann Arbor Michigan for their Scavenger Race. They were ready for some fun!

The day began with a quick team building activity which helped participants to get to know each other a little better and to have fun and build some enthusiasm and energy.

Then, they were given an envelope with places to go in the City of Ann Arbor and were given the task of either answering a question or taking a photo with the team at a certain location. Most of the locations had historical significance for the city of Ann Arbor or the state of Michigan, but some were just fun places within the city. 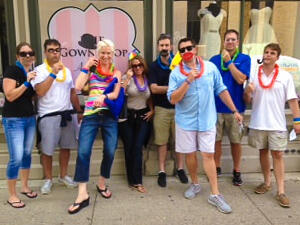 The goal of the workshop was to have fun and get the teams to work together as a team to accomplish the tasks that they were assigned.

Once pictures were taken, teams were told to email them to me so I could track their progress. They had some costumes and fun things in their bags, and they were asked to incorporate these into a couple of the pictures. The pictures were creative and hilarious…just great.

When the Scavenger Race was completed, the group met at a restaurant for a meal. It was the perfect ending to a well-deserved fun day of stress-free team building. Sometimes team building is so much fun, it’s a reward in and of itself!