Effective Leadership Development: The Wrong Way to Be a Leader

Effective Leadership Development isn’t just about what to do, it’s about what NOT to do!

If you think that being harsh to your team is the best way to show that you’re the leader, think again. Mistreating your people is not the proper way to lead them. One of the key team building themes of effective leadership development programs is how to treat your team right! Your team is like a car: you have to take care of it if you want it to take you places. Remember what Dwight Eisenhower said: “You do not lead by hitting people over the head—that’s assault, not leadership.” 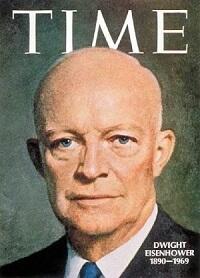 Of course we all know that it’s illegal to literally physically assault anyone, but there are many ways of “hitting” people. Here are a few forms of abuse to avoid:

“Be thankful you have a job!”

This is probably one of the worst ways to motivate employees, although it has become more popular ever since unemployment started to rise.

While it may be true, it doesn’t help you, your company, or your team when you tell them they should be thankful that they’re still employed.

At best, this kind of verbal assault only encourages employees to do just enough to avoid being fired, and “just enough” is a far cry from doing their best! It’s also likely that you’d only get more sullen team members as a result – and those who do excel will end up ditching your team at their first opportunity.

Criticizing a Member of Your Team in Public

Some so-called leaders think that berating someone in public is the proper way to motivate not just the person at fault, but also the team as a whole. Wrong! Instead, publicly humiliating employees creates resentment, fear, and pressure that leads to reduced productivity.
If you have to point out that someone did something wrong, do it in private.

Personal insults are equivalent to verbal abuse, and in some cases, prosecutable offenses. Instead, try using constructive criticism as a way to give feedback. That way, your employees might actually be able to hear and process what you are saying to them, instead of thinking about the complaint they’re going to make to Human Resources at the end of your meeting for verbal abuse.

You might be surprised at how often these mistakes are committed all over the business world. It is proof that just because something is popular doesn’t make it right.

Effective leadership development is a process that requires practice and application in order to be an effective leader. We can help!

As a leader in the training and leadership development industry, our experienced facilitators have seen it all – both the good and the bad. They have captured these moments, and they use their years of practical experience to deliver powerful, insightful methods on how to become the effective leader you want to be. In our extensive leadership training workshops you’ll learn a little bit about the wrong ways of motivating your team members, and a lot about how to do it properly.