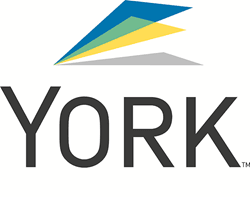 Team synergy is a matter of life and death at the York Risk Services Group. Why? Because they deal with the shock and trauma of natural disasters and personal crises every day. They couldn’t face the constant onslaught of such tragedies without a solid team.

The business of risk

The crisis may involve a natural disaster like a hurricane, fire, flood, or tornado. Or it may be the result of an unforeseen medical emergency, accident, or other hardship. Whatever the calamity, their corporate mission is “…getting people back to health, work, and productivity.”

And this also extends to their own employees. The York Risk Services Group believes that charity and compassion should start at home.

They understand the residual emotional fallout people suffer after a fiasco. So it made perfect sense for them to embrace our Rescue Buddies Charitable Teambuilding Workshop.

Rescue Buddies are stuffed toys–bears, lions, tigers, pigs, birds, and fish–that exist for one purpose. Each one is made for a child who has suffered a family hardship–fire, displacement, or domestic violence. These cuddly toys help to “rescue” the children emotionally by giving them something to hold onto. They’re handed out by first responders–police officers and EMS–whenever they encounter a child in need of support.

York gathered 160 of its brightest and best managers to meet us at Loews Chicago O’hare Hotel for an exercise in team bonding through toy building. The goal was to create team synergy among these executives who rarely have the chance to work together one-on-one.

The power of team synergy

We were on a pretty tight deadline which made teamwork especially important. True to form, the York crews shifted their team spirit into overdrive and it was a wonderful sight to behold.

Everyone was galvanized into action and fully synced up to work in teams. Each group had to “earn” the components to build their toys. But then they subjected the toys to the scrutiny of their teammates.

They squeeze tested each others’ cuddle-bugs for maximum huggability. And they had to meet each staffer’s own personal standards. Meanwhile, the Magnovo facilitator conducted safety checks to make sure each toy was double-sealed so kids couldn’t remove any of the stuffing.

Some groups actually took their toys to other tables for inspection. If everyone agreed that they could survive a toddler’s cuddles and hugs, they passed. Seeking consensus within their own a team was one thing, but submitting to the judgment of the competition was amazing!

And none of them was competing for bragging rights. They wanted to make sure that each toy would provide maximum comfort to their new owners. All of the managers were focused on the children and the suffering they’d endured.

SOS Children’s Village reps came to collect the 160 Rescue Buddies. Hands down, they’re one of Magnovo’s favorite charities. For 25 years they’ve redefined what it means to be a foster parent throughout Illinois.

We knew that our bountiful stash of toys would be in good hands and that they’d go to kids who desperately needed them.

Among the York contingent were several national directors and corporate vice presidents. Three of them reported that they’d never done anything this significant before nor had as much fun at a teambuilding event. Each manager wants Magnovo to come to their location and train their staff. We can’t wait!