Successful conflict management for leaders requires evaluating the stages that conflicts typically progress through and selecting the best tactic for resolving the problem based on the issue’s current stage. Conflicts usually begin with expression of differences between the parties involved, when intolerance of ideas is threatening to derail cooperative effort. If not handled constructively at that stage, differences can become active discord, characterized by an “us-them” mentality and a breakdown in communications. If conflict is allowed to fester, a full-scale dispute develops. At this stage, morale suffers and winning becomes more important to the participants than the actual issues that began the cycle.

When conflict arises, your responsibility as a leader is to restore engagement of individuals in the group’s identity as a team, one in which all team members respect each other’s contributions. You can master conflict management for leaders by ensuring the following tactics are part of your management toolbox:

If there are signs of friction but participants are still having productive conversations and seem willing to resolve their issues, the best action to take may be no action. Keep an eye peeled for escalation, but otherwise trust the team to work through their problems.

Be a Sounding Board

If one of your team members is clearly flailing in a conflict situation, reach out to them behind the scenes. Ask questions that help them clarify the differences they are dealing with, encourage them to hear others out, and have them run possible solutions by you.

If conflict has reached the discord stage, it’s time to take more direct action. Your role as a third-party negotiator is first and foremost to get all parties to commit to reaching a solution together. Make everyone aware of the negative consequences of their stalemate and get them back to the table. 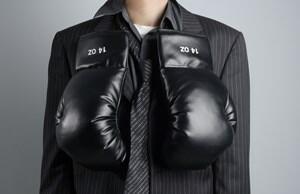 If despite your best efforts, the dialogue remains contentious and participants have become combatants, you may have no choice but to take over and impose a resolution. Always keep this as your tactic of last resort. As a leader, you want your team members to learn how to resolve conflict among themselves and not depend on you to arbitrate everything.

Perhaps the ultimate tactic in conflict management for leaders is modeling good conflict resolution behavior. Ensure that in your meetings and discussions, everyone present is able to maintain or enhance their self-esteem—no calling out individuals for public criticism. Express empathy for the thoughts and feelings shared by others, while being frank about yours. Build engagement by supporting your team without co-opting their responsibilities.