Struggling to find the perfect bonding exercises to help bind your most difficult or challenging employees into a functional team? 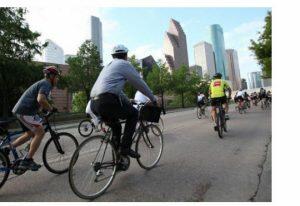 No super-glue can bind a team together like a charitable team building workshop. Our Bike-A-Thon Bicycle Team Building Workshop may just be the Tour de France of all charitable team bonding exercises.

For 23 days in July the world will watch 200 bikers careen through the French countryside in one of the most popular events on earth.

The Tour de France is a model of team unity. Each group functions as one organism and it’s an amazing sight to behold.
Each team of nine cyclists understands that the team comes first. So each member is willing to play the role of leader when needed, but he’s also willing to take a back seat and serve.

These world class athletes cover more than two thousand miles during their three week uber-trek over the plains, hills, and mountains of France; and they work together toward one single goal–the team win.

Our Bike-A-Thon is not quite as long; and it’s certainly not as grueling, but like the Tour de France, it provides some of the same opportunities for team building symbiosis. Each workshop is designed to maximize fun, and to provide a platform upon which each team member can showcase his or her skills in communicating, organizing, and problem solving.

We all need to break away sometimes, right? Day in and day out, there are doldrums of monotony and peaks of conflict in your office just like the flatlands and mountains of France. One of the best strategies to navigate these lows and highs is to create opportunities for your team to connect on a more personal level and charitable team building workshops like our Bike-A-Thon are custom-made bonding exercises. 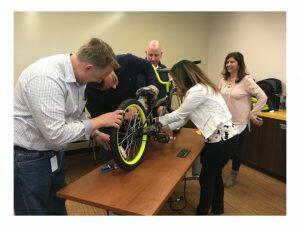 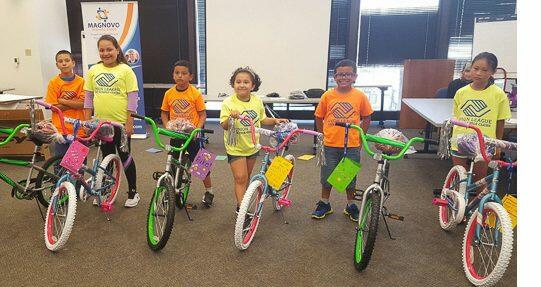 Each member–even the most “challenging” personality or high maintenance character in the group–will be encouraged to forget about himself and let down his guard against being one-upped by another corporate ladder climber. The assembly of the bicycle is the grease that helps the whole team work together without friction or contention.

But the knowledge that at the end of the day, the bicycle everyone worked so hard to assemble will be presented to a needy child–that’s the real prize. Leadership and servant roles shift as needed. Competition morphs into cooperation. One-upmanship mutates into collaboration. Weaknesses become opportunities to shore each other up instead of showing each other up.

The best bonding exercises are literally the ones that help people work out their differences and bind hearts and minds together on one accord.