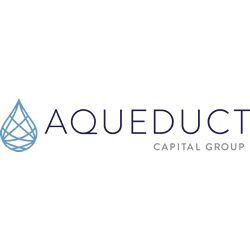 The year-end holidays are often a time when most teams are wrapping up current projects, taking time off to be with families, or dropping productivity levels in an effort to recharge for the new year. But for Aqueduct Capital Group, that scene couldn’t be further from reality.

They saw the end of the year to be the perfect chance to join together one last time to keep them motivated and get them excited for what’s to come in 2018. Being so close to Christmas, they also saw it as a chance to use their company skills and budget to lend a helping hand to children in the community through a charity team building activity.

The small group of about 15 participants gathered in a meeting room at the Ritz Carlton, a beautiful hotel that helped to set an upbeat tone for the event. After having been in meetings prior to the team building activity, the group was all the more eager to get started, especially when they learned that their efforts would be helping kids at Houston Elementary School receive a brand new bicycle.

Aqueduct Capital Group Gets Into the Christmas Spirit in Washington, D.C.

Though already a small team, the group split into smaller groups that competed against each other to earn parts to build their bicycles. This gave them the opportunity to get to know each other on a deeper level, as well as build communication skills and work together to complete the challenge.

As the event wound down, Darryl Webster from Houston Elementary School paid a visit to the group. He wanted to thank Aqueduct Capital Group personally and let them know what their contributions truly meant. The bikes would be given to children that come from traumatic backgrounds, and would be a much welcome symbol of hope and joy during the Christmas holiday.

Mr. Webster also delivered a powerful speech on mental illness, moving everyone in the room to tears. The team realized that though their efforts may be small, they weren’t short on impact. Each person has the power to make a difference, and they won’t be soon to forget it.