Anthem’s latest big convention – including a charity Bike-A-Thon™ – in Columbus, OH, welcomed nearly 100 of the company’s top agents and leaders. We met with this highly motivated group for the purpose of helping them recognize and harness the power of individuals in a workplace setting. After a brief introduction that included an engaging overview of common personality styles, we arranged the group into teams of 6-8 and got to work. 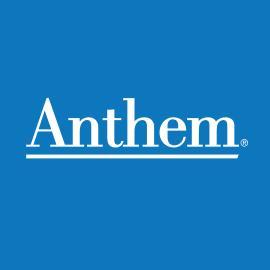 The folks at the Hyatt Regency Columbus were ready for the Bike-A-Thon™. We had a good-sized ballroom and plenty of space for everyone to spread out and be comfortable working. Most of the Anthem team members didn’t work together on a regular basis, so we opened with a couple of icebreakers so that folks could get to know their teammates, which laid a nice foundation for the main part of the Bike-A-Thon™.

Fun and Learning at the Bike-A-Thon™

We led the teams through a series of games and activities designed to encourage new ways of thinking and problem-solving. Everyone enjoyed favorites like Say What I Say, Air Counting, Flip Cup, Group Writing, Dice Game, Wordles, and Cup Stack. The ballroom was filled with laughter and cheers as teams played hard for the children helped by the charity the selected.

Folks put these new skills to good use by earning bicycle parts. They were then used to assemble new bikes for local kids. We upped the ante and challenged the teams with creative obstacles. These pushed them to rely on each other and practice good communication skills at the same time. Our goal was to help the Anthem team develop transferable skills. Our Bike-A-Thon™ teaches key workplace skills that participants can take back to the office with them, and use to improve their workplace performance. In the end, the Anthem group excelled and completed 12 bicycles!

A Dozen Bikes for the Charity Action for Children

Jessica Brown, a representative of Action for Children arrived on-site to accept the donated bicycles. Ms. Brown described for the Anthem team how Action for Children assisted families in navigating education and childcare for underprivileged youth. Folks were so happy to make a real difference for local area kids. As many of them were parents themselves, they understood very well the challenges that Action for Children families experienced.

Our debriefing session was a great chance to review some of the high-level concepts we introduced. One of the participants even described the Bike-A-Thon™ as “crazy, controlled chaos and a whole lot of fun.”