Stryker Builds Some Fabulous Wagons For Kids in Kalamazoo

A fun group from Stryker met up with us this summer for team building and giving back. The location was Loft 310 in Kalamazoo, MI. The event was a Wagon Builders™ Charity Workshop. 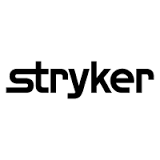 This is becoming a tradition with Magnovo and Stryker, as it was around this time last year that we met with them for another charity workshop.

Wagons, Kids & Goodies All Make For a Great Donation Ceremony

So this year, when the team representative from Stryker approached us for another charity workshop, they had a few requests. One of them was that they really wanted kids there to pick up the donations!

The Wagon-Decorating Contest Really Brought Everyone Together

This group of engineers and leaders from Stryker wanted a workshop that meshed will with their internal theme of finding ways of connecting better with their end users (they make medical devices).

Improved communication was one of our goals, and of course another goal was helping the Stryker group give back in ways that were in line with their corporate mission.

To that end, we wanted to make sure that the wagons they built got stuffed full. In addition, it was important that they have tons of supplies to use for decorating the wagons. Wagons filled with fun items really gets the kids excited when they come pick them up!

A Friendly Competition Makes This Year’s Workshop Even Better

We created a competition based on how well-decorated the wagons were (they used balloons and streamers, among other festive items). Participants were excited to compete to make their donation wagons better than the next team’s, and in this way everyone really came together to make turn donations into a splendid display.

We’d say the kids were more than excited when they saw it all! They were from the Boys and Girls Club of Kalamazoo, with whom we often work to bring together corporate groups with community members during workshops like this one.

We’d also say that this year topped last year. Thanks, Stryker, for another great year!