NYS Office Of Information Technology Services: Managing Tech and Teamwork in One Place

Managing the NYS Office of Information Technology Services demands is one tough job- a quick shot of DiSC® training turns out to be just the sort of networking this group needed. 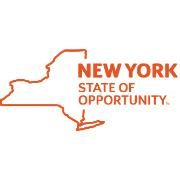 Whenever we hold a DiSC® personality training workshop, there’s always a lot of excitement on our end, going in. That’s because DiSC® has such profound power to change groups- and until we meet the participants of any DiSC® workshop, we’re never sure just how that change is going to show itself.

But if there’s one thing we can hold certain beforehand, it’s that the change will be positive! Sure enough, with the New York State Office of Information Technology Services, it was proven once again that DiSC® has powerful forces behind it.

Albany in July: NYS Office of Information Technology Services was One Cool Customer

You wouldn’t think upstate New York would be a particularly radical place to visit in July, weather-wise. But extreme weather has characterized the entire country this year. Albany, NY was no exception – can you say “Capital District Heat Wave”?

Summertime in Albany is about as mellow as you can get, what with the colleges out of session and many of the legislators gone for the season, returning in the fall, like the college students.

Add to that the sweltering heat and you’ve got one slow-moving laid-back environment! But the NYS Office of Information Technology Services teams were ready to dig in and learn about personality styles.

Three Days of DiSC® in Albany

Let’s talk numbers here: we had six half-day DiSC® Workshops, delivered in three consecutive days. There were 20 people in each session, and one session was a little bigger with 25 people.

We prefer these smaller group sizes. The DiSC® training involves some intense work on self-assessment. Plus, they work on turning the personality knowledge outward and learning about teammates. After all, it’s when teams really get to understand personality styles that the real positive change starts to take place.

That’s why the benefits of a DiSC® workshop keep on coming, even after the session has ended. Groups take what they learn and build on it back at work, for continuous benefits will into the future. Once Albany comes back to life in Fall, know what will happen? These guys from the NYS Office of Information Technology Services will be DiSC® masters, and teamwork superstars!