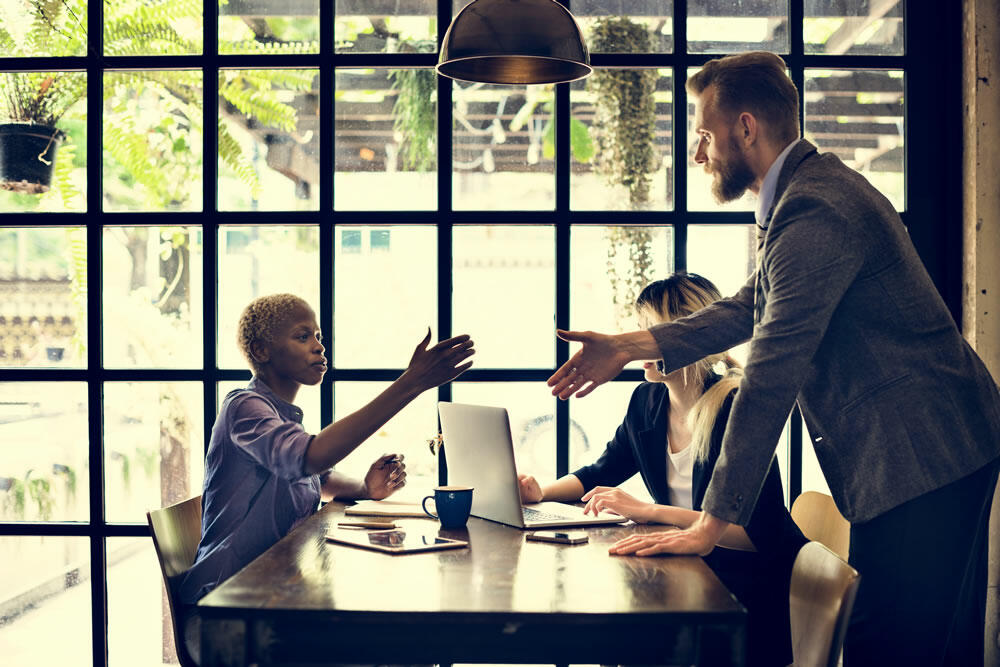 DiSC® assessments require test takers to mark how much they agree with a set of statements that describe workplace behavior. Test results undergo multidimensional scaling analysis and are plotted on circumplex (or circle) model that shows four quadrants representing four behavior styles. They are Dominant, Influence, Steadiness, Conscientiousness (or D, i, S, C). Four additional sub-styles may be considered as in-between – Di, iS, SC, CD.

On a circle model, as the dot moves closer to dividing line between two behavior styles, it shows the influence of other styles. A dot’s distance from center represents an increased intensity of the reflected style. Tests are 79 questions long. Each behavior style measured along a scale. The adaptive testing aspect kicks in when someone’s variance from scale triggers additional questions. This adaptability strengthens the level of accuracy, showing test takers’ shades of alignment to one of the behavior styles or sub-groups.

How DiSC® Assessments Stand Up to Analysis

Several layers of scientific review and analysis have been conducted, both on the questions, and the interpretation and presentation of the results. For example, in measuring validity, scientists tested and retested a population and then compared the results using a tool called the reliability co-efficient. This number is between -1 and 1, where closer to 1 means increased stability of a test. Among the eight scales, the reliability coefficient varies from .85 to .88, where the sample size was 599.

Looking at the assessments another way, within each behavior type, the items (questions) on scale highly correlate for internal consistency. Using a calculation called Cronbach’s Alpha, on a range of 0 – 1.0 where closer to 1.0 means increased correlation, the eight scales range from 0.79 to 0.90 in a sample of 752 (where 0.70+ is generally considered an acceptable figure). Comparable Cronbach’s Alpha numbers are also found when analyzing supplemental questions.

Construct validity of results also reviewed; this focuses on the intangibles that can be hard to measure, like behavior. Let’s say someone’s Dominant. Looking at our circumplex model, if the assessment is valid, that person won’t also score highly in the opposite style, Conscientiousness. Other statistical review methods show appropriate correlations and dis-correlations among adjacent and opposite categories in a circumplex model.

Validity and consistency of adaptive assessments mean these tests are good for large organizations where folks test in groups. Administration of these tests is flexible and can be rolled out in small groups, across regions or departments. Tests can also be administered and evaluated by job type – say, to a group of managers from across the country.

DiSC® assessments are reliable in giving people information that they can use in making positive change. For example, Dominant types can understand how their approach is opposite of Conscientiousness type and see how communication needs to change in order to be more effective.

Facilitated test results in a workshop provide employees with common language and concepts for understanding interpersonal relationships. While folks may not get into the correlations and coefficients of why it works, a workshop facilitator helps folks understand how it works with an objective look at a group dynamic. Workshops like DiSC® Personality Discovery, plus specialized ones like Campfire Leadership, Relational Sales Training, and Leading Through Change use assessment and results to show how all members of a group contribute positively. Assessments in workshop settings can give employees tools to reduce stress. They also improve self-awareness for greater productivity, improved problem-solving, and strengthened communication among team members.